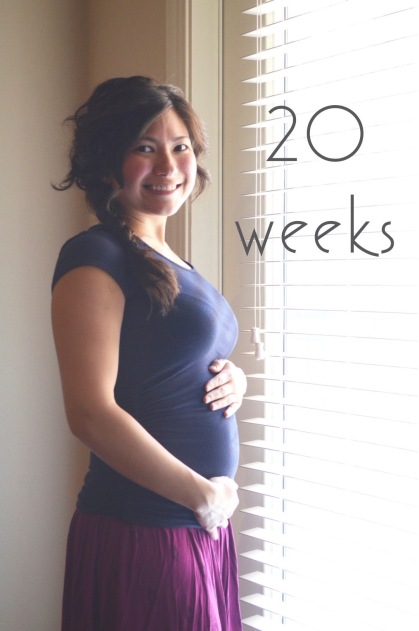 Last week I asked women to send me the most outrageous things that were said to them while pregnant. Some things made me laugh; others left me speechless! Just in case you’re wondering while you read through, none of these things are ok to say to pregnant women, and most are not ok to say to anyone.. man or woman, pregnant or not. A great thing to do would be to never repeat these things in conversation…. ever. ;) Ps. Sorry if I left any out. I think I got everyone’s, but I also forget at least one thing a day, so there’s that.

“Wow! You look like you’re ready to explode!” – said by vendor at farmer’s market
“I promptly left his booth and walked away.”

“Craziest (scariest) thing: someone offered to give me castor oil to induce labor at 34 weeks with [second child] (um… what???)”

“Don’t you own a television?!” (after seeing 5 children)

“I don’t remember you ever being this big when you were pregnant with [first child].” – said by husband of woman

“When are you due?” (after just delivering baby)

“I was talking to a lady in November and wasn’t due til March. She asked me if I was having a Christmas baby. I said no. She said, “How about New Years?” I politely told her no. Then she said, “how about Chinese New Year?” Finally, I just said that I wasn’t due til almost Easter and she just stared at me not knowing what to say. Later that week I had someone tell me they didn’t even realize I was pregnant because I was so small!”

“Are they ALL yours? Do they all have the same father??”

“I can tell that you’re gaining weight!” Or, “How much weight have you gained?”

“No offense, but I think you are going to be huge! 3 months to go, and you almost look full term! I mean, are you not also scared that there is monster baby growing inside of you?” – said by husband of woman

“You sure there’s just one in there?”

“The day before I delivered, I was walking out of Walmart and an old man walked past me towards the store. As we passed we made eye contact. With a self satisfied grin and a tickled tone he said, ‘Damn girl you gotcha a whole litter in there don’t cha sweet toots, when you gonna push out dem pups?’ I was incredulous. I cannot say I was entirely surprised by the old backwoods trunk dweller. Still, I was speechless. I cannot think of another time in my life that I was rendered without words. It took me so long to process what he said, by the time I was confidant I heard him right and could respond, he was already safely inside Walmart and I was trying to squeeze behind my steering wheel. My water broke that night.”

“This doesn’t so much have to do with being pregnant but I was asked if I was going to continue work and when I said no they asked what my husband did for a living. Who are you to be concerned about our financial stability?!”

“Oh, being pregnant is so much fun!”

“You’re too young to have a baby!”

“I had a coworker slap my hand once, like you would to a child, because I lifted my hands above my head. In front of everyone. She said it would make the cord wrap around the baby’s neck. I think I went at least a couple days without speaking to her. I was livid. Now it’s just funny.”

“You know what causes that, right?”

“So are you like, really emotional/crazy/illogical now that you’re pregnant?”

On the other hand, here are some suggestions for you on what to say instead. :)

1. Instead of asking how she’s feeling (she’s been asked that 12 times today), start the convo with, “You’re looking good/great/cute!” Whether she believes you or not, it will help her to know that not everyone sees her as a balloon.

2. Are there any new things that have happened this week?

3. What are you looking forward to the most?

4. I know that stinks… I felt that way too. Sorry about that.

5. How exciting that you’re going to be parents! How can I pray for you/help you?

6. One day I had a client that started our convo out with, “If I say anything offensive or ask a question that you don’t want to answer, just let me know.” The very fact that she said that and acknowledged that there might be something she says or asks that makes me uncomfortable automatically gave me the ability to let my walls down and not be easily offended by any well-meaning but slightly rude comments that might head my way. That was a pleasant surprise!

The truth is, most people mean well. Not many people are looking to offend when they say crazy things or ask way too personal of questions. Just remember that not everything is your business, and some people are more private than others. Go into the conversation not expecting her to answer every question you have if she doesn’t want to. And think about how you would take it if someone were to ask you that same question or say that statement. Just be understanding, and know that she’s most likely already working hard to be kind among all those extra hormones. We’re on the same team here!

Maternity Clothes?: Some! Most are still too big, but some are working.

Sleep: Great, except I’m needing a LOT more of it in order to last the whole day. A nap in between works too.

Best Moment of This Week: Just yesterday we had our mid-way ultrasound (what.. we’re halfway?)! We got to see the baby, and they determined the gender! We had them put the results in an envelope, and we’ll find that out in a couple weeks. The technician also had to remeasure the arms, legs and torso because we have a little spazz and it wouldn’t stop moving!

Miss Anything: Hmm.. if I do I don’t remember. Still missing my memory, I guess. Lol.

Movement: A little every day. I found out at our appt yesterday that I have an anterior placenta, which is totally fine and only means that because the placenta has implanted itself at the front of my abdomen, I won’t be able to feel as many kicks, since it acts as a pillow. Babe is getting some punching bag action.

Anything Making You Queasy or Sick: Not this week!

Have You Started to Show Yet?: Yep!

Gender: There is one human in this world that knows, and she is under lock and key.

Happy or Moody Most of the Time?: This week I was definitely moody. I didn’t even want to be around myself.

Looking Forward To: Finding out what this lil chunk is!